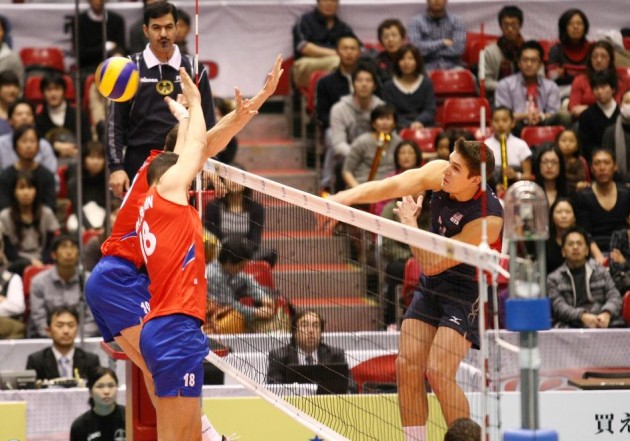 Evan Patak had a tough day against strong Serbian blocking

Leading Serbia in scoring was their captain Ivan Miljkovic with 20 hard-hitting points, taking the most impressive player award in the process.

For the USA team it was Sean Rooney notching 10 points in a losing effort. Serbia led the USA in blocking 11-7 and out-served five aces to three.