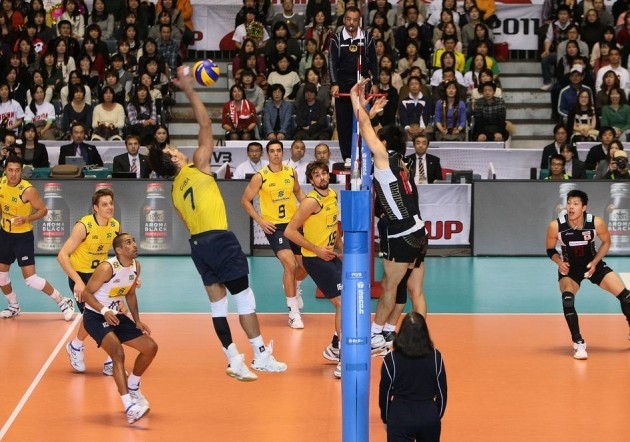 Team captain Giba, here spiking, was once again one of Brazil leading attackers along the way for an Olympic berth

Brazil entered the match needing not to concede two sets to finish third ahead of Italy and secure the Olympic berth. Brazil finished the tournament with an 8-3 record, while Japan went 2-9.

Kunihiro Shimizu led Japan with 15 points. Japan was just unable to cope with the speed and power of the Brazilians. Leading 19-16 in the second set, Japan collapsed and gave up the final nine points.

WCH BETTING TIPS: Do or die for...