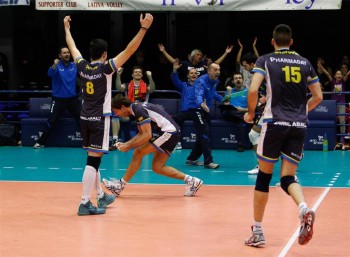 The first game ended with the straight sets victory of Italians, so they were after only two more sets in Istanbul. And, away squad collected them. First one after a thrilling 70 points rally, and the second one in the middle of the biggest rush of Istanbull BB.

Tie-breaker had no importance.

CC M: What a game in Romania, Paris in finals