It is show time in the CEV men’s Champions League! After an entertaining and hard-fought season it all comes down to this. The final four teams in the competition will battle it out over two days of action in the Atlas Arena in Lodz, Poland. LAOLA1.tv will be showing ALL FOUR matches LIVE and FREE on www.laola1.tv as well as in full ON DEMAND after the event. This event is without doubt a must-see for volleyball fans across the world and we can expect the outstanding fans in the Atlas Arena to once again make it an event we will never forget. 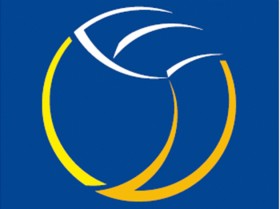 This is the third time the tournament has been hosted in Lodz in the last five years. On the last two occasions PGE Skra BELCHATOW could only manage the bronze medal. Jacek Nawrocki will be hoping that his side can go one better this time out and reach the final.

They will most likely get no better opportunity than this one as they face heavy underdogs Arkas IZMIR in the first semi-final of the day. The team from Izmir has already written history this season by reaching the final four. Led by Canadian mastermind Glenn Hoag the team has a “never surrender” attitude which the players have shown all season, especially in their dramatic golden set win against Lokomotiv NOVOSIBIRSK in the last round which they will take into this game as well. The “home” side will be driven on by the great fans in the Atlas Arena and this may well be the deciding factor in a match which has all the makings of a classic.

Last season’s final takes place a round earlier this year as 3 time champions TRENTINO PlanetWin365 play 2008 champions Zenit KAZAN. The Italians head into the match looking for their fourth Champions League title in a row, something which would put their name in the history books as possibly the best team of the modern era. The silver medalists from last year are no push-overs however and Alexander Volkov and the rest have been in exceptional form this season. The 2011 final ended in a 3-1 win for the Italian side. Can the Russians get revenge and end TRENTINO’s dominance, or will Matey Kaziyski and Co. once again be too strong?