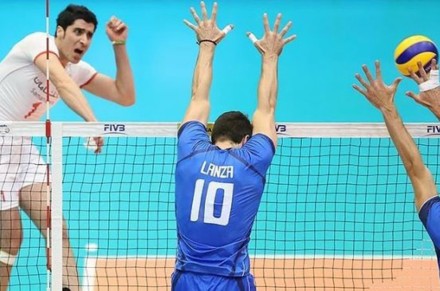 Women were reportedly turned away from the Azadi Stadium when Iran played Italy in the first leg on Friday, while female reporters inside the complex were ordered to leave.

“Female journalists are banned from entering the stadium for the next three matches in Tehran,” IRNA reported, without giving details.

National police chief General Esmail Ahmadi Moghaddam said it was “not yet in the public interest” for men and women to attend such events together.

“We cannot allow the presence of women in stadia. The police are applying the law,” he said in comments carried by Fars news agency.

Placed in the difficult Group A, Iran has already hosted Brazil in Tehran, as well as one game against Italy.

Two more games are planned in the Azadi Stadium that can hold 12,000 spectators, against Poland on June 27 and 29.

According to the Khabaronline news website, authorities had confronted female journalists holding proper press credentials issued by Iran’s National Volleyball Federation on Friday, and ordered them out.