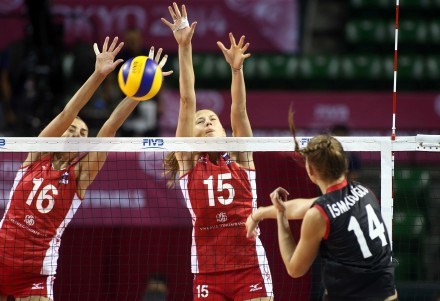 Gozde Sonsirma was the top scorer in the match with 29 points; Russia were led by Tatiana Kosheleva with 26 points.

It was their third meeting in the World Grand Prix, with all three matches taking place this season. Turkey won the first 3-2 and Russia the second 3-1.

Turkey started their Finals campaign with a win over reigning champions Brazil 3-2 before losing 3-0 to hosts Japan.

Russia started the Finals with a 3-1 defeat against Japan, followed by a straight-sets victory against Belgium.

ITA M: Zygadlo – “Everything for Trentino”

ECH M: We will miss Belarus