CAVB: The Olympic Qualifications begin the 2012 volleyball fever in Africa

Cairo, Egypt - The African Volleyball will open the year 2012 with a thrilling start when the African Olympic Qualifications for both men and women genders get underway in Cameroon and Algeria respectively to determine the continental representative in the prestigious 2012 London Olympic Games. 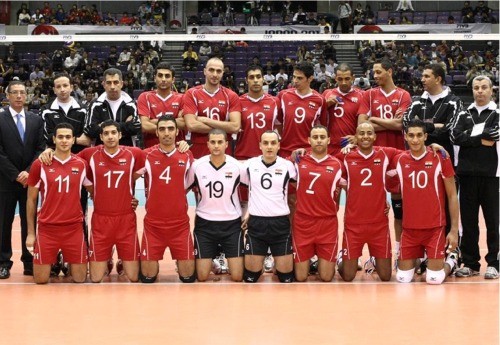 Cameroon hosts the men Olympic Qualifications in the capital Yaoundé 16 to 21 January when 6 national teams battle it out for the dream of playing in the Olympics.

The 4 consecutive time African champions Egypt come as usual as big contenders for the Olympic berth to repeat their achievement in Beijing 2008. The Pharaohs are motivated to do another achievement after they finished 2011 with a great win of the gold medals at the All Arab Games in Qatar after they represented Africa in the FIVB World Cup in Japan.

The African Nations championship runner up Cameroon want now to use the advantage of their excited spectators to secure the African Olympic Vacancy in their first ever continental championship to be held in their newly built Hall in Yaoundé.

Cameroon team was impressive in the 2010 FIVB World Championship in Italy and also during the 2011 African Nations Championship in Morocco when they clinched the silver medals.

Tunisia wants also to return to the Olympics after they represented the continent for the last time in Athens 2004. The depressive performance during the last two editions of the continental championship in 2009 and 2011 obligated the Tunisian Federation to seek another strategy to come back to their well known position as a record holder of the number of the African titles.

Algeria comes also as a big favorite with their team almost full of stars aiming to win the gold medal after they were near the Olympic spot 4 years ago when they qualified to the final against Egypt to lose narrowly 3-2 after a thrilling tie break.

Other teams participating in the qualification tournament are Ghana and Niger aiming at gaining the experience of such big events.

On the other hand Algeria will be the highest favorites when they host the women Olympic Qualifications 1 to 4 February 2012 in Blida. Algeria women team concluded the 2011 year with a gold medal at All Africa Games in Mozambique and silver at the continental championship in Kenya. Algeria was also one of the African representatives at the 2011 FIVB World Cup.

The reigning African champions Kenya want to return back to the Olympics after they lost the African slot in Beijing 2008 to Algeria. Although their disappointment due to losing the gold medal at All Africa Games and their defeat against their rivals Algeria in Japan during the World Cup, the Kenyan team wants to return back as African queens in this qualification.

Although their results deteriorated in the last few years, the Egyptian women wants to use their great push of winning the gold medal of the All Arab Games in Qatar after defeating Algeria specially in the final. The newly formed team of Egypt was formed of a collection of both Girls youth and women junior teams who played in the last year FIVB World Championships.

Argentina: The Argentine boys’ youth team travels to Chovet and Gualeguaychu to play