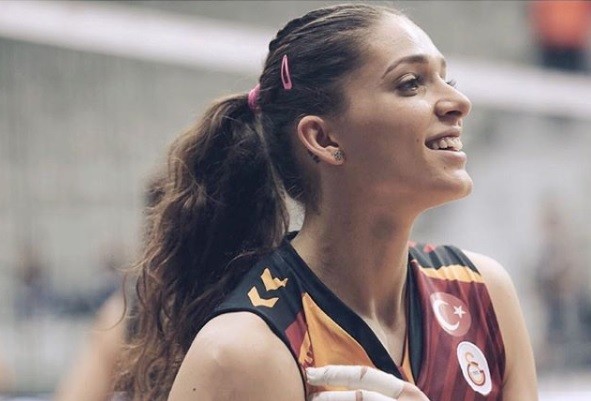 And not only that… Let’s see what she also said about the current performances and chances of Galatasaray to repeat the last season’s results.

Galatasaray is currently the fourth-placed team in the Turkish championship. Is your team able to repeat the result from the last season and to reach the playoff final?

“Last year we have achieved historic success in the Turkish Championship, since the beginning of the year, our goal has been the same, even higher. I believe in this team and hope to make even better performance this season,” says Hristina Ruseva at the beginning of the interview for WorldofVolley.

Recently, you have three big games in the domestic championship, beating Fenerbahce and losing to Vakifbank and Eczasibasi. How would you rate these clashes?

“These three tough games this year turned out one after another and you never know what the result will be at the end. I’m glad we got out of one with a win.”

Are you satisfied with your performances so far this season?

“I always want more from myself and I’m never satisfied.”

You played in many leagues throughout your career – which league you consider as the best one?

“For me, the best volleyball league is the Turkish one. The level here is very high and every year it becomes more and more difficult and interesting, it is always nice to get the maximum of yourself and here it allows to do it!”

Where would you like to continue career next season?

“Of course, I would like to stay in Turkish league here, because it’s the best league, but I got several interests through my manager Tunc Afsar. However, I am only focused on our goals with Galatasaray, then we will see!”

“It will be a tough year we have to perform well at the Grand Prix to take maximum points in the rankings and to prepare for the most important tournament the World Championship.”

How far can Bulgaria go at the World Championship?

“I’m sure. We will give our best performance and there may be some surprises. We are ready to do something great and big!”

Do you have any volleyball goals that you didn’t reach so far?

“The main thing is a success with the national team. I dream to qualify for the Olympic Games, win a medal at the European Championship and the World Championship! These are my dreams and I am sure we will achieve them in the near future.”

How do you spend your free time in Turkey?

“I live in Istanbul and this megapolis has lots of entertainments also historical and beautiful places. It’s always nice to spend your free time on the seaside of the Bosphorus, to have a cup of coffee or to have the famous “Turkish breakfast,” explains Ruseva, who is also well known by her nickname Spider.

RUS W: Tatiana Kosheleva – We shall...