The leader of the regular phase will face Estudiantes de Parana that finished the third. Two teams will clash on Saturday at 21h and Sunday at 20h. 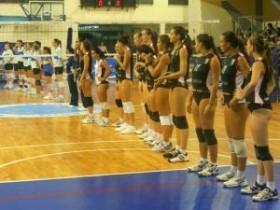 This year they faced on four occasions, all with victory for the girls led by Eduardo Allona that are still undefeated this season.

In fact, the superiority of Boca during the tournament can also be seen through the numbers. From five aspects of play, in four were leading Arianne Tolentino as the top scorer of the regular season and also the best attacker, Jimena Perez in the service and Carla Ruz in the reception.

However, Estudiantes de Parana is perhaps the second most regular team, though not ranking first in any of these aspects. Luisina Yaccuzzi, Agustina Sanchez and Antonella Tabarez are the second individually.

The first two games for the final of the Women’s League will be played on Saturday and Sunday from 21h and 20h.
The match will be played in Almirante Brown, where Boca will be the host.