Almirante Brown boils once more but this time receiving the most important annual competition for men’s teams organized by the International Volleyball Federation (FIVB). They already have welcomed the CSV Continental Olympic Qualification Tournament in May 2012 and the Youth’s Boys World Championship in 2011 and therefore they understand very clear what it means to be part of such an important international Volleyball event. 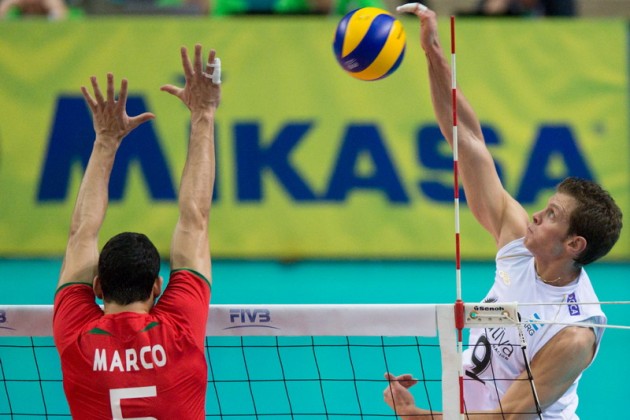 Argentina trained on Tuesday at Cenard facilities and at the end received all the National and Local Media, that for the quantities of journalists at the site, show that there is an increasing interest in the matches that will take place from Friday to Sunday at the City Hall Sport Centre. Matches will take place at 18.00 and 21.00 local time with Argentina playing always on the second term, first against Bulgaria on Friday, then on Saturday v Germany, to close on Sunday v Portugal (only team winless in the first weekend). All three Argentine matches will be live broadcast by ESPN+.

After playing in Germany on the opening weekend in May, Argentina, Bulgaria and Germany share top spot with six points each, all earning a 2-1 win-loss record in Frankfurt. Portugal will look forward to its first victory in this edition of the FIVB World League in Argentina.

Prior to this second weekend the Argentine captain Rodrigo Quiroga expressed: “These weekend matches will be very hard, even though Bulgaria and Germany might come with different players they presented themselves on the first weekend, due to their Olympic qualification but we must win the three matches to improve our level and also to keep dreaming on qualifying again for the final series in Sofia, Bulgaria”

“Always the goal is to win and reach the Final Round, no matter which is the rival. All have the same goal so we have it very clear, to win all matches against any team, without looking at the players of both side of the net” added the San Juan player.

In Almirante Brown, meanwhile the Organizing Committee already works in the last details to show the venue as needed, welcoming the delegations and FIVB authorities at Holiday Inn Hotel in Ezeiza, where they will be hosted. The tournament in Argentina is already here and supervision to the field, General Meeting and official launching Press Conference termss are being organized.

ITA M: Mezzaroma:Roma Volley will not play in Serie A