In the super exciting final UPCN has overpowered Sada Cruzeiro and became the champion of South America! Argentine team secured a place at the Club's World Championship! 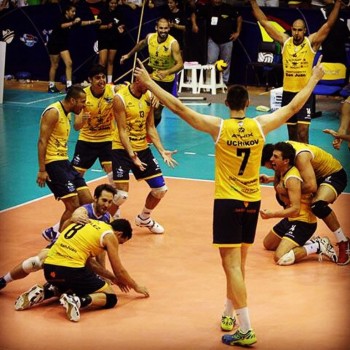 UPCN was the host of the final tournament, and Argentines had the help of 7,000 fans who came to the Hall to support their team against a clear favorite Sada Cruzeiro. And, home side stunned the Brazilian giant by taking the first two sets! However, it is not that easy to defeat Sada, and the away team managed to recover from the early shock and to take this thrilling final into the tie-break!

There, Brazilians had the lead 8:7, but UPCN managed to turn things around and to take the lead at 11:10. It was point for point all the way until 15:14 when Nikolay Uchikov scored from a counter-attack and brought a trophy to UPCN.

Interesting enough this was the fifth consecutive time that these two teams met in the grand final of the South American Club’s Championship. Sada Cruzeiro was better three times (2011, 2012, 1014), while this was the second title for UPCN (2013, 2015).

This also means that UPCN has qualified for the Club’s World Championship!

Matteo Martino challenges you to try these push-ups (VIDEO)