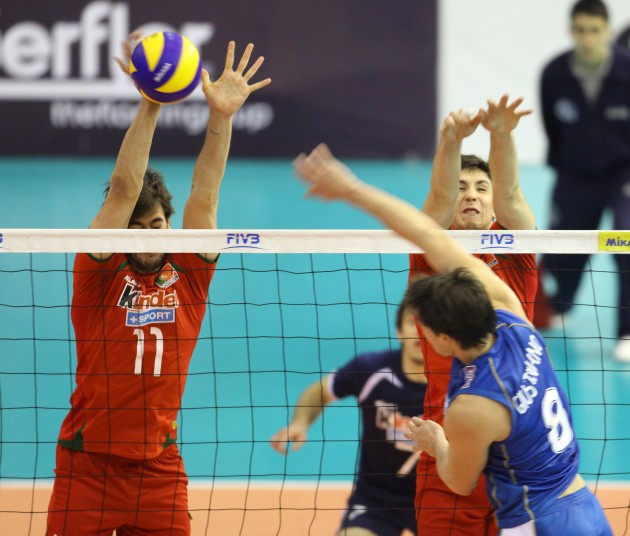 The top scorer of the match was Portugal’s Marco Ferreira with 19 points, while Ivan Castellani scored 13 for Argentina.

The first set started evenly with Argentina wanting to win at home and Portugal still searching for their first victory in this year’s World League. Argentina led by three points at the first technical timeout, but Portugal drew level at 11-11 and when they went ahead, Argentina coach Javier Weber asked for his first timeout. Portugal were a point ahead at the second technical timeout and three points ahead soon after, prompting Weber to take another timeout and make substitutions. Argentina didn’t lose any more ground, but couldn’t get much closer as the set finished 25-23 in Portugal’s favour. Serving was the best weapon of the visiting team (6-1).

Portugal went into the second set with confidence and took an early lead, but Argentina, with Facundo Conte serving an ace, levelled at 3-3. The first technical timeout arrived with Portugal leading by two points. Weber used his fifth substitution, with only Pablo Crer remaining from the starting line-up. Portugal had the initial momentum but Argentina came back to level at 13 and take a two-point lead at the second TTO when Marcel Gil touched the net. Portugal coach Flavio Gulinelli asked for his second timeout at 16-19 and his team closed to within a point at 20-19, but a Mariano Guistiniano spike leveled the set scores at 1-1.

A Rui Santos error allowed Argentina to take a four-point lead at the first technical timeout in the third set. A Castellani ace made it 14-9 and the home team were seven points up at the second TTO. A Portugal serving error ended the set.

After the teams drew level at 4-4 in the fourth, two Guistiniano spikes put the home team 8-5 up at the first technical timeout. Gulinelli talked to his players twice and made substitutions, but the moves had little effect, initially, at least. Argentina pulled into a nine-point lead before Portugal rallied strongly, levelling at 20 with an ace from Miguel Rodrigues and then taking a one-point lead before Argentina responded and sealed the set 25-23.

Portugal may have better luck next weekend when Pool D moves to Portugal.