This Tuesday onwards will start the South American Clubs Championships with Argentine presence in both genders. 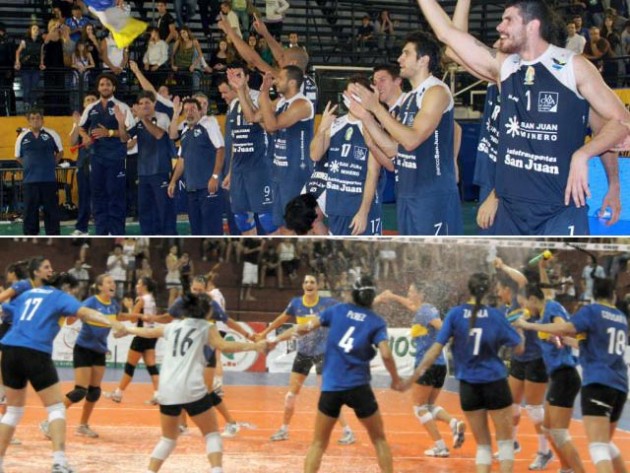 South American Club Championship with two This competition qualifies for the World Club Championship organized in Qatar by the International Volleyball Federation (FIVB). Boca Juniors, two consecutive years Argentine A1 Women League champion will start this Tuesday, its competition in Brazil while on Wednesday, UPCN – also two consecutive years champion of the A1 Men League will make its debut in Chile.

The Women tournament in San Pablo gathers four South American Leagues champions in an only pool, Round Robin – all against all – with the winner getting the ticket for Qatar. Boca faces on Tuesday, Universidad Católica -Bolivia; on Wednesday, Deportivo Venezuela -Paraguay and on Thursday the host powerful team of Sollys Osasco – Brazil.

At the Chilean city of Linares, the competition will be harder with 8 teams fighting for an only berth in Qatar. UPCN pool makes it face in First Round Deportivo Colón – Paraguay on Wednesday; Carmelo Rowing Club – Uruguay, on Thursday and Sada Cruzeiro – Brazil on Friday. This last team is coached by the Argentine Marcelo Mendez with several titles in different countries.

In this case the best two teams of each pool will face each other at Semi-finals. The other pool faces the host team of Linares – Chile with Peerless – Peru, Huracanes de Bolívar – Venezuela and Universidad La Salle – Bolivia.