Iran blew South Korea away in the final in Manana, Bahrain, to reclaim the Asian U20 Men’s Volleyball Championship title after four years. 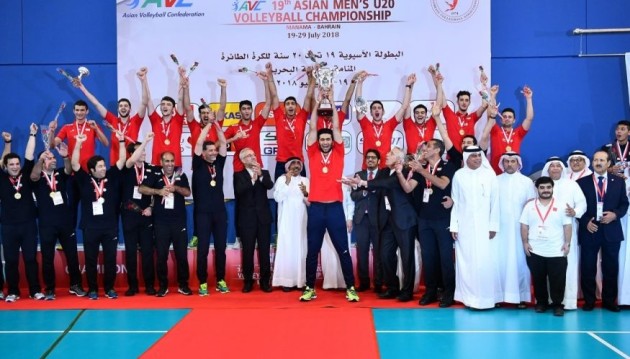 Iran, who joined seven players from the U19 squad that won the 2017 FIVB U19 World Championship to their roster, finished unbeaten with a 6-0 record and by losing only one set in the whole tournament.

Thus, Iran reclaimed the title which they lost to China two years ago and tied the tournament record of six gold medals that was set in 2004 by their rivals in the final, South Korea.

Both Iran and South Korea secured their berths in the 2019 FIVB U21 World Championship.

Thailand wrote the history of the country’s volleyball as they won the first-ever medal in this age category in 32 years of competing in the tournament. Firstly, Thailand advanced to the semifinal for the first time in 28 years and then clinched the bronze medal by beating Iraq in four sets, partially 25-23, 18-25, 25-20, 26-24.