Although they are both in the lower half of the standings, Ansan Rush&Cash and Samsung Bluefangs played the most intense match this season in the Korean Men’s Volleyball Championship. 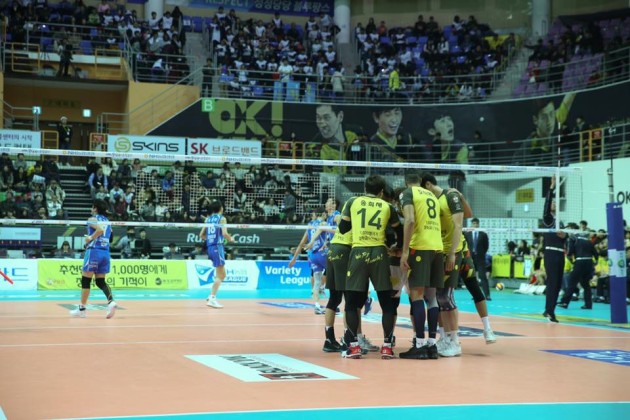 The Dutch Thijs Ter Horts from the Bluefangs had another amazing performance, scoring game-high 33 points but failing the most important kill. On the 18-17 for Rush&Cash in the tie-break, he hit the ball out of bounds…

Moroccan Mohamed Al Hachdadi had 30 in Rush&Cash, including five aces.

Interestingly, both Rush&Cash and Hi-pass grabbed their fourth win in the national championship but remained last-placed in the standings.

Timetable for both men’s and women’s volleyball...