The NCAA Division 1 Women’s Volleyball players are very much in demand overseas upon the end of the 2016 Championship. 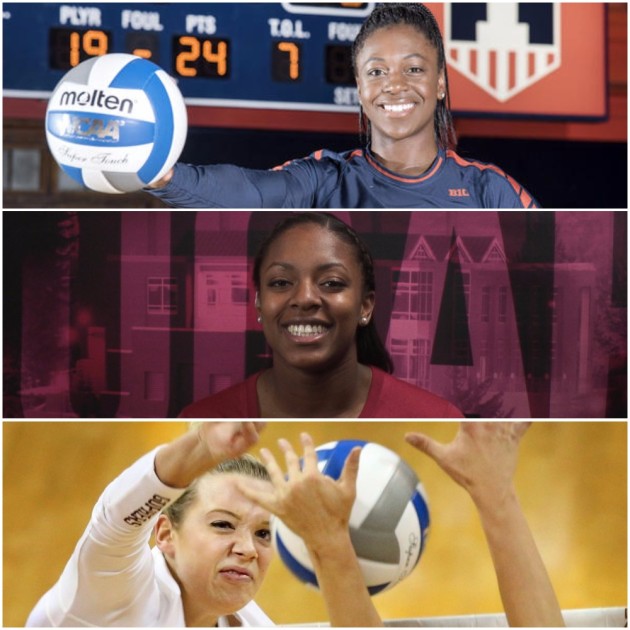 Illinois senior opposite Naya Crittenden did not reach NCAA DI Championship elimination rounds with her volleyball team, being stopped in Regular Season. Her collegiate career was split into two parts: two seasons at Oregon and two at Illinois.

Washington State senior outside hitter Kyra Holt, who played a big role in her volleyball team’s 2016 championship road to the Second Round, earned All-America honor after leading the Cougars with 484 kills.

Minnesota senior middle blocker Paige Tapp was named to the 2015 and 2016 Preseason All-Big Ten team and the team’s Most Valuable Player in 2014. She averaged 1.55 blocks per set and 171 total blocks, which ranks second in school history for total blocks and blocks per set in a single season. She was one of the Gophers’ top offensive producers in their campaign to the National Semifinals where they lost to future champions Stanford.