Very much attention is being currently drawn in Baku by the upcoming derby that will be opposing two sides from Azerbaijan’s capital city, i.e. Lokomotiv and Azerrail, in the Playoffs 12 of the 2013 CEV Volleyball Champions League. 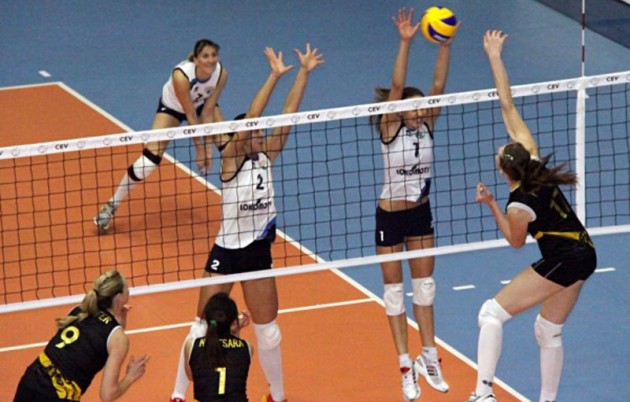 The first round of this derby is scheduled for Wednesday, January 16, and it will surely turn into a tremendous fight as these clubs are determined to make it to the Playoffs 6 and play there the winner of the clash starring Unendo Yamamay BUSTO ARSIZIO of Italy and SCHWERINER SC of Germany.

These matches will be a remake of the Challenge Cup final played in 2011 where Azerrail could eventually have the upper hand. Last year it was Lokomotiv to seize the trophy of that same competition by edging another club from Azerbaijan’s metropolis, i.e. Baki BAKU.

The matches will be played at “A.V.F.” sports hall, an arena recently completed and owned by the Azerbaijan Volleyball Federation. Thousands of fans and many journalists are expected to find their way there for that classy and much awaited derby.

For more news from this competition click on Azerbaijan.

ESOC works out series of proposals for CEV Board