ESOC works out series of proposals for CEV Board

The European Sports Organizing Commission (ESOC) chaired by Pierre Mulheims got together this past week in Luxembourg City. You can read all relevant news from volleyball world on Worldofvolley.com. 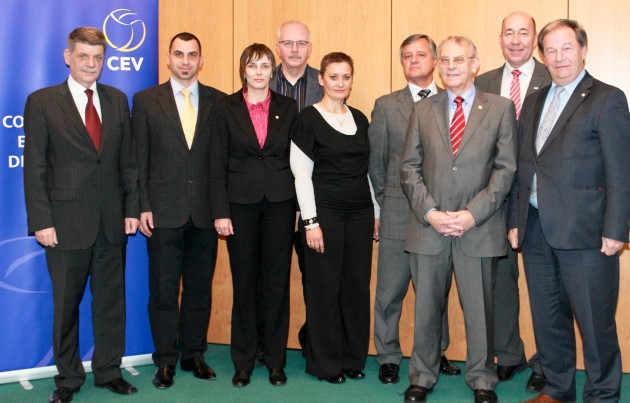 The ESOC members did evidently have to take into account recent decisions made by the FIVB and namely by the Sports Events Council and the FIVB Executive Committee of the world’s Volleyball governing body especially when it comes to the calendar penciled for the various Championships scheduled for the years to come.

As FIVB has decided to introduce – for the time being as a test event – U23 World Championships that are set to take place this coming October in Mexico and Brazil, the ESOC has worked out a proposal whereby the two vacancies assigned to Europe shall be filled in.

The international calendar for the next three seasons – i.e. from 2013 through 2015 – was slightly revised by taking into consideration changes implemented by FIVB and that would have affected the original schedule of some CEV competitions.

Reports of the various competitions held in 2012 were reviewed by the Commission that did also take up the task – defined by the CEV Board – to identify measures that may help find organizers for future events thereby taking into account also the effects of the current financial crisis.

Finally, the Commission reviewed also the European Ranking introduced last year for all age groups insisting on the necessity to update it within a month after completion of a competition counting for it.