OFFICIAL: Gajić in Rabita – “I came here to help”

Zoran Gajić is the new head coach of Rabita! 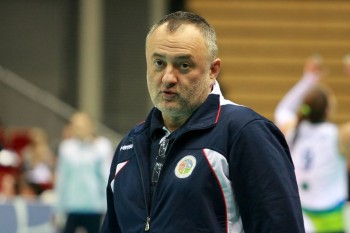 We have already written about this on Tuesday, while now it is official. Rabita has mutually terminated contract with the previous head coach Dejan Brdjović, and hired Zoran Gajić to replace him.

“The negotiations are successfully finished. I came here to help. Our main goal is to present a good game in all competitions” said Gajić to apasport.az after arriving in Baku.

This is the second time that famous Serbian expert will lead Rabita. Gajić was also at the helm of the Azerbaijani giant in 2011/2012 season and back then he won the national championship as well as the Club’s World Championship.

Save from the stands! LITTERALY! (VIDEO)