Teon Buijs has resigned as head coach of Lokomotiv Baku. Cezar Hernandez will lead the team in the rest of the season. 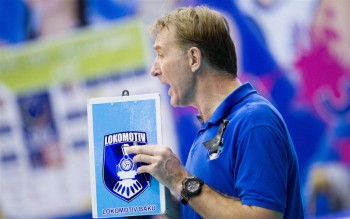 Teon Buijs is no longer the head coach of Lokomotiv Baku. Dutch expert parted ways with the Azerbaijani side after a disappointing straight sets defeat against Azeryol, which has put Lokomotiv on the 3rd place in the championship.

Buijs took over the team last summer, but, after a good start of the season, club fell behind Rabita and Azeryol on the standings of the domestic league, while Lokomotiv also got eliminated from the CEV Cup after losing from Dinamo Krasnodar in the golden set.

According to azerisport.com, Cezar Hernandez, who was part of the coaching staff in this season, will lead the team until the end of the season.

POL M: Wrona – “As long as we keep fighting, it will be hard to beat us”