Azeryol has appointed the third head coach in this season! Jason Haldane will lead the team in the rest of the season! 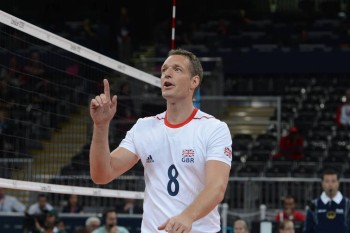 Recall that Azeryol has started this season with Aleksandr Chervyakov at the helm, however experienced coach got sacked due to poor results, and his assistant Jerry Estes took over the team. Despite some good performances recently, Estes was forced to resign from the position of the head coach, so Azeryol board had to find his replacement quickly.

And, they decided to put their trust in young coach Jason Haldane, who was the first assistant to Estes in the previous period. Haldane is a former volleyball player who played for Great Britain on the Olympic Games in London 2012. He will lead Azeryol in the rest of the season.

This is how Maret Grothues punishes herself for making mistake (VIDEO)

AZE W: Only 4 teams to participate...