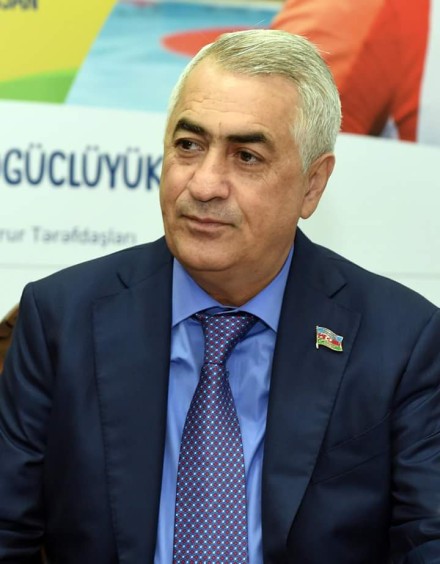 Born in 1958, Mr Gurbanov follows in the footsteps of Mr Ziya Mamedov. A qualified engineer, he is the current chairman of the Azerbaijan Railways.

Mr Gurbanov has been involved in the work of the Azerbaijan Volleyball Federation for 15 years already and is also the President of one of the country’s leading Volleyball clubs, Azerrail BAKU, which is set to participate in this year’s CEV Volleyball Champions League.

After successfully playing host to the inaugural European Games in 2015, Azerbaijan will host next year yet another major Volleyball competition, i.e. the Final Round of the 2017 CEV Volleyball European Championship – Women, Europe’s premier event for national teams that this country will be co-hosting together with Georgia.

The women’s national team of Azerbaijan have been a force to be reckoned with for many years already – and earlier this summer they claimed a historic gold medal in the 2016 edition of the CEV Volleyball European League to qualify to the next edition of the elite FIVB Volleyball World Grand Prix.

AZE W: Rabita to have only domestic...