SESI-SP saved the “match point” in the playoff finals of the Brazilian Men’s Volleyball Championship against EMS Taubaté Funvic. 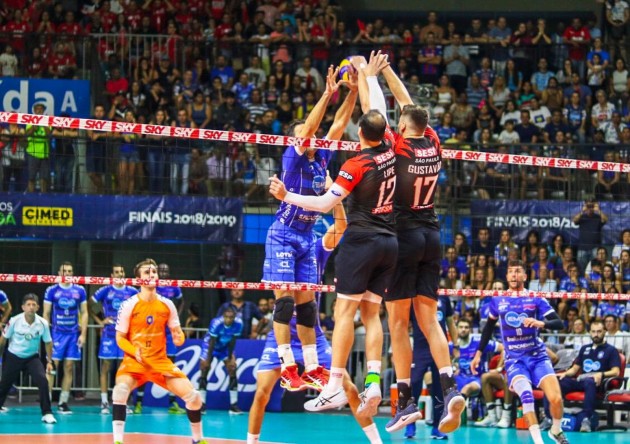 Arena Suzano in São Paulo, chosen to host the last two games of the series despite the fact neither of the sides used it as a home ground during the regular season, was filled by Taubaté fans but it did not disturb Alan Souza who poured in 19 points for SESI. Murilo Endres and Lucas Lóh made a significant contribution to the win of their team by making 81% and 75% positive reception, respectively. Ricardo Lucarelli from the losing side scored match-high 20 points with 74% attack (20/27, 1 error, blocked twice).

Taubaté players and coaching staff were more nervous than the opponent’s in Game 4 which resulted with a red card for their head coach Renan Dal Zotto in the third set as he invaded the court to protest to the referee.

The decisive match for the title between the two teams will be held on May 12 again in Arena Suzano. This time, it will be packed with SESI fans.