Vivo Minas continues chasing leaders of the Superliga with a win against Funvic Midia Fone 3:1. Minas will host their next game against Volta Redonda, Funvic will play against Cruzeiro. For more latest volleyball news visit worldofvolley.com 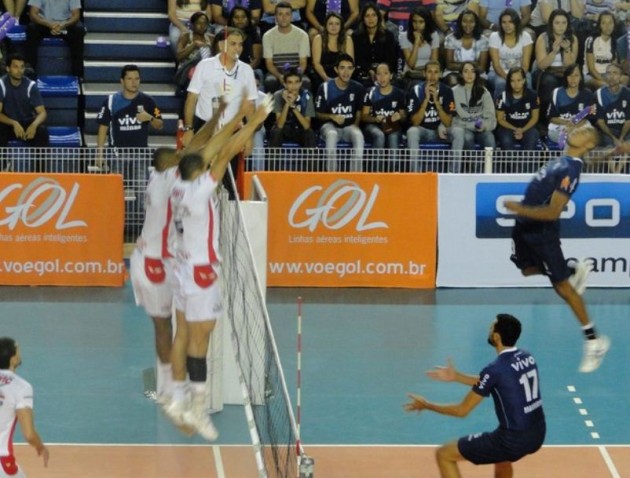 Although they are in the last position in the Superliga, Funvic has not been an easy prey for Minas. With 25 points, Vivo Minas has equal number of points as Campinas, in fifth position.

Minas will host their next game against Volta Redonda, Funvic will play against Cruzeiro.

In the first two sets it was a very good fight from both teams. Minas won the first pushed by their fans, but in the second Funvic fought back and manage to tie the result. In the third Funvic started well but the home team managed to pull away especially thanks to four consecituve blocks. Eventually they won the set 25:17. Vivo Minas managed to finish the match in the fourth set, where they didn’t lost control and won 25:16.

Lucas Loh sprained his ankle at the end of the match and had his foot immobilized.