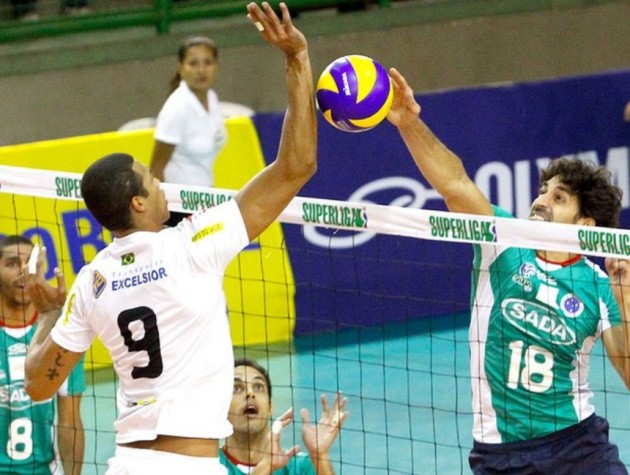 Sada Cruzeiro was alternating between good and bad times, the team allowed the modest Volta Redonda to win the first set 29-27. In the second part the home team played better and won 25-20, but nearly gave Redonda the chance to win the third and to lose an important point playing at home, but recovered in time and closed at 26-24. Volta Redonda felt the blow, and was an easy prey in the fourth set they lost 25-16. With this triumph, the Cruzeiro ended remained a point behind RJX in the standings.

In the next round, Cruzeiro is back playing at home against Funvic Midia Fone. Volta Redonda continues its tour, and will play agains Vivo Minas.