The middle blocker Éder, one of the major signings of the season for Sada Cruzeiro, arrived at the club. 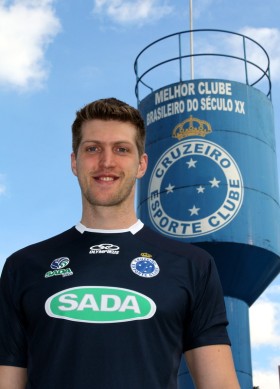 The silver medalist in the last edition of the World League, had already signed with the team from Belo Horizonte, but was presented now, after being released by the Brazilian national team to deal with a right knee injury.

His teammates William, Wallace and Isac stood with the national team to compete at the South American Championship.

Éder was welcomed at the Training Center of Barro Preto and has been evaluated by the medical staff and also went through tests.

He will continue with the treatment and do physical work until he can return to activities with balls. Happy in the new club, the player is expecting to start training with the team, soon.

“Everyone I know that has been here, always spoke highly of the structure of Sada Cruzeiro and as I saw today, it is really excellent. I look forward to begin the season soon, to improve this knee injury and to start training and helping the team win the victories, “ said the athlete.

To read more news from this country, click on Brazil.

See the profiles of Éder and Sada Cruzeiro.