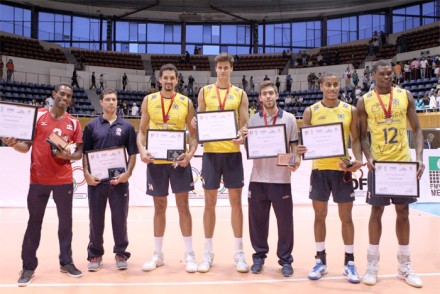 Along with these awards, the All Star Team was introduced at the end of closing ceremony with Finoli as the setter, Renan Buiati from Brazil as the opposite, while Brazilians De Souza and Isac Viana where chosen as the middle blockers.

In the two outside hitter positions the election went to Contreras and Sander Berrios was the libero.

For more news from this competition, click on Pan American Cup.