BRA: National Cup is back after six years

Brazilian Volleyball Federation has decided to reestablish National Cup in 2014, both in men and women category. Last edition of this competition was held in 2008! 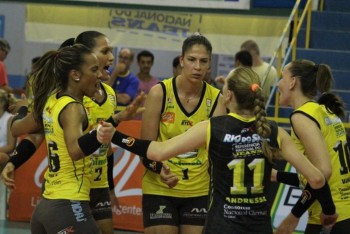 The main thing about Brazilian Cup is that it will give a spot for South American Club Championship, so there will be one more major prize apart from trophy.

Also, women teams will be divided into two groups, and two best placed from each will advance into semifinals. As for men teams, they will play elimination phase from the beginning. The Cup will begin on 14/15 January.

ITA M: Catch Sokolov if you can – MVP race heats up

CL: Last round of Champions League on LAOLA1.tv!