The Brazilian women's team earned their ticket to defend their title at this summer's Olympic Games in London when they beat Peru 3-0 (15-12, 25-16, 25-9) in the final of the CSV Women´s Continental Olympic Qualification Tournament at the Milton Olaio Filho Gymnasium in São Carlos, Brazil on Sunday. 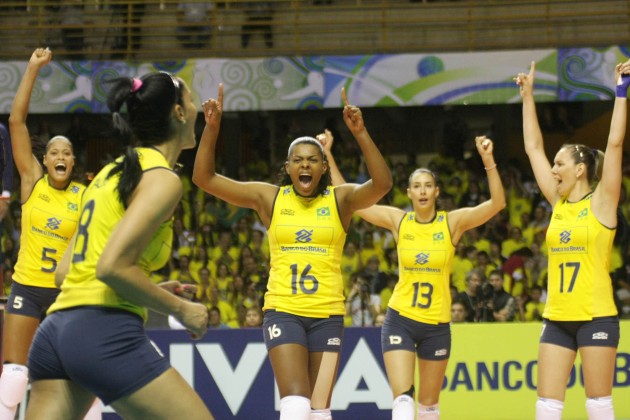 Wing-spiker Fernanda Garay Rodrigues top-scored for Brazil with 15 points while FIVB Hero Sheilla Castro chipped in with 13 points. Brazil, the defending Olympic champions, have now qualified for nine successive Olympic Games after missing the first four editions and will be aiming to enhance their record which has seen them win two bronze medals in Atlanta and Sydney before claiming the Olympic title in Beijing.

A total of eight women’s teams have now qualified for the Olympic Games.