This year’s FIVB World League will serve as good preparation for the Brazilian men's volleyball team ahead of the London Olympics, but coach Bernardinho warns it won’t be easy. The Brazilian predicts difficult matches against Poland, Canada and Finland, teams that Brazil will face in Group B of the World League. 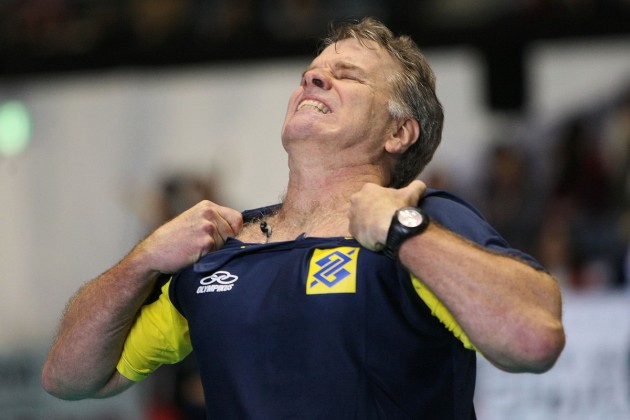 In this first weekend in Toronto, the “green and yellow” will be playing on May 18, 19 and 20. Their first opponent, Poland, will be tricky – they finished as runners-up in last year’s World Cup, one place ahead of Brazil.

“Poland will be our biggest challenge in the group,” Bernardinho stated. “They are one of the medal candidates in London and are also aiming at a medal in the World League. The team is tall and strong like all the teams from Eastern Europe. They are always in or around the top three and led by a great Italian coach in Andrea Anastasi.”

In their second match against Canada, the coach also expects difficulties. “Canada is a very dangerous team,” Bernardinho warned. “First, they have an excellent coach in Glenn Hoag; they have an American system; and they play very well tactically. They are doing very good rebuilding work and are sometimes overshadowed by the fact that they have to play such strong teams in their region – such as the United States and Cuba – but they are a very tactical and smart team to face.”

On May 20, Brazil will face Finland. “Finland have a younger squad, but some of their players are playing in major championships, such as in Italy and Russia,” Bernardinho pointed out. “These guys have experience and are no longer stuck in remote Finland. They may be a step behind the others, but they could spring a surprise. They also they have a great coach in Daniel Castellani, who led Poland to the European Championship and is someone we have a long history with.”