Three leaders of the Brazilian Championship are still undefeated! Molico Osasco, Sesi SP and Rexona all acquired wins in the 9th round. 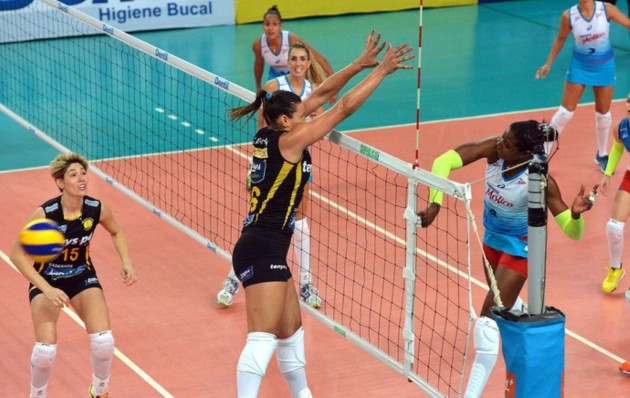 The most difficult task of all of them had Molico Osasco who faced fourth placed Praia Clube away. However after a great battle, especially in the third set in which home team missed couple of set balls, Molico Osasco finished the game with a straight sets victory. Kenia Carceres led the winning side with 17, while the top scorer in Praia Clube was Tandara Caixeta with 11 points.

Sesi also had a tough challenge in this round as it played against fifth placed Pinheiros, but team from Sao Paulo made a convincing win, staying on only one lost set in the entire season! Monique Marinho Pavão scored 16 points for Sesi, while Ellen Vilas Boas Braga was the best in Pinheiros with 13 points.

INCREDIBLE – She kicked ball over the back and scored point (VIDEO)

BRA M: What an upset – Itapetininga...