Brazilian government conducted the investigation to prove the existence of corruption in the leadership of the Brazilian Volleyball Confederation (CBV), according to Reuters. 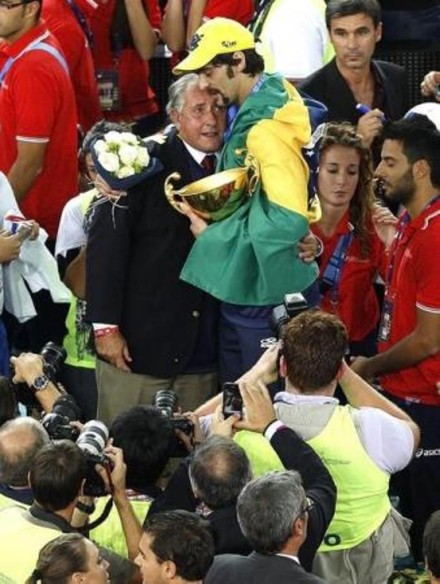 The investigation found CVB that members signed 13 contracts with companies which may not exist at all. As a result of transactions, family members and friends of CBV leaders have received about 30 million Dollars in the period from 2010 to 2013.

According to the report of the investigation, players and coaches of the Brazilian national team did not receive prizes from the sponsors becuse of the fault of corrupted CVB officials.

The Bank of Brazil has already announced it broke sponsorship agreement with the CBV.

National teams of Brazil won a series of titles in recent years. The women’s team is the current twice champion at the Olympics, while men took gold medal at Athens 2004 and silver in Beijing 2008 and London 2012, as well as titles in the World League.

Two of the contractors, according to the investigation controller, are sons in law of former President of the CVB Ary Graça, who is currently the President of the International Volleyball Federation (FIVB).

RUS M: Zenit and Alekno at “Match of the stars”

Acosta, will you still be a president of FIVB?????

no, Ary Graca with his rich family will stay as a president

Because all people who vote are also in the same waters!!!

This picture makes Giba looks like he knows about all this scandal.
Ary Graça should quit and pay for this.

Where is Giva now? Why is he not saying anything about this situation?

Why are we surprise that they are corrupted? They are Brazilian isn’t?

There are bad people and good people, not Brasilians, Germans or Japanese…!!!