BREAKING: Brazil canceled WL Finals 2015 because of FIVB fines to Rezende and players!

Another severe blow struck the Brazilian volleyball after the investigation on the corruption of several members of the Bazilian Volleyball Confederation (CBV)... 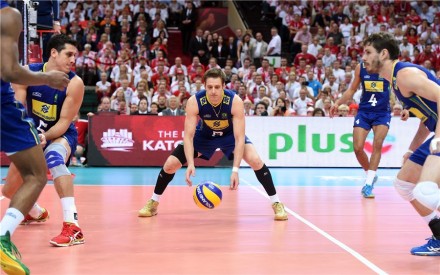 CBV received the decision of the International Volleyball Federation (FIVB), presided by Ary Graça, on events occurred at the World Championship in Poland, in September.

Brazilian head coach Bernardo Rezende was suspended on 10 matches and fined with 2,000 Dollars. The libero Mário Junior received punishment of six matches, Murilo Endres is suspended for one game and the captain of the Brazilian national team, Bruno Rezende, has to pay the fine of 1,000 Dollars.

CBV issued a note in which it rejected the attitude of the FIVB and considered these fines as a clear demonstration of retaliation to the CBV because of the corruption scandal which involves suspicious payments of its members, presented on Friday.

CBV will provide legal support to Brazilian players and will appeal in a higher court. More than that, in solidarity with its players and the head coach, and because of a respect for Brazilian fans, President of the CBV, Walter Pitombo Laranjeiras, announced that this organization will not organize, „on Brazilian soil“, the World League Finals, scheduled for July 2015!

To who can they appeal to? Same FIVB and Graca!!!

for the Brazilian Confederation of Volleyball (CBV)

This is bad.
Very bad for the Brazilian volleyball the eve of the Olympics

Do you think after this Graca will go away? And who might come to his placeif they are all the same?

It is becoming more difficult for the president Grace and all that is so revolting to the Brazilian volleyball is quite possible that he loses the job.

crazy stuff , players , coaches decided to speak up about the corruption , and millions dollars now of course FIVB Ary president punishes them , bad situation , and he was head of Brazilian federation for so many years.

I’m beginning to think FIVB and FIFA are closely related.

Is there anyone who can see if Serbian federation work legally ..there is money in London ..
mamamia ..

Step by step… First Poland, now Brasil, and after Italy, Serbia, Croatia, Russia… It all depends if people would really like to make things clear!!!

Love is in the air