Players of Sesi and Sada Cruzeiro have joined protest against the Brazilian Volleyball Federation. 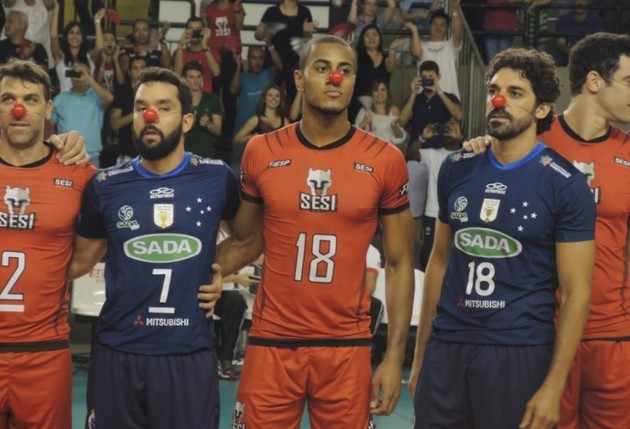 Ricardo Lucarelli, Wallace De Souza, Lukas Saatkamp and all other players of these two teams entered the court wearing fake clown noses, with a clear allusion to the recent corruption scandal.

Recall that players of Canoas and Funvic was the first to express this kind of protest, and now many other clubs are joining in. According to Brazilian media, the so called “clown noses” protest is the idea of Gustavo Endres, legend of Brazilian volleyball and the current President of the Players Union. 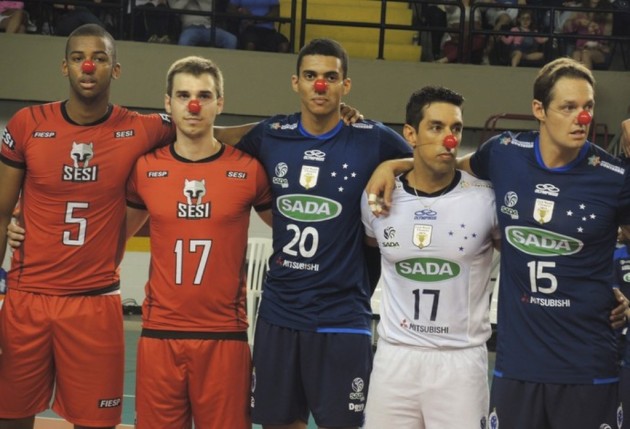 i think also Serbian players should do this ..