"It was a hell of a game" stated Ricardo Lucarelli, player of Sesi, after the match for Brazilian media. 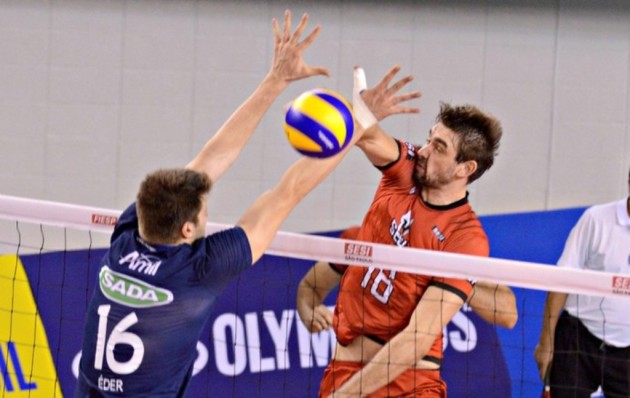 It was a true derby, a “replay” of the last season’s finals. Before the game, Sada Cruzeiro was the only team with maximum score in the League (10-0), while Sesi was 11 points behind with the score 7-4.

But, when two sides stepped on the court those numbers were just not important anymore. Sesi fought until the end, saving some crucial balls in the fourth set, and eventually won the match in the tie break. The best scorers in the winning side were Ricardo Lucarelli and Lukas Saatkamp with 15 points each, while in Sada Cruzeiro, Yoandy Hidalgo made 19, and Eder Carbonera added 14. It is interesting to mention that Walace De Souza, one of the best players in the world, scored only 2 points for Sada Cruziero on this match.