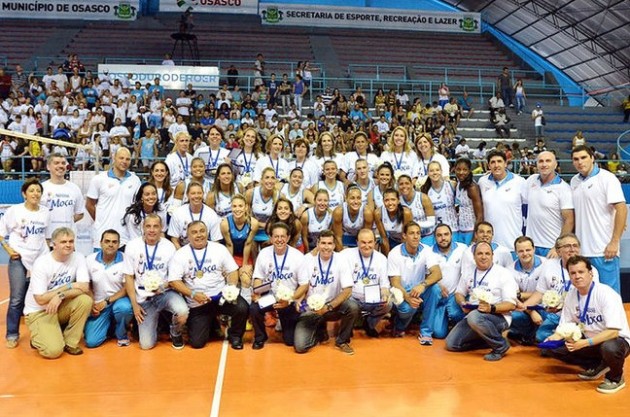 Wanting to do well in the game that celebrated the 20th anniversary of the title for the best club in the World of Leite/Moça Sorocaba (SP) and to recover from losses against Sesi-SP and Rexona/Ades (RJ), Osasco girls, wearing the special jerseys in honor of Leite Moça/Sorocaba, began the match furiously.

Aggressive on offense and well organized in defense, players led by Luizomar de Moura were quick to open advantage on the scoreboard in the first set that lasted only 24 minutes.

The best player in the world in 1994 who played in Osasco, Ana Moser presented the trophy for MVP to Samara from the home team, who scored 10 points.

The top scorer of the match was her teammate, Ivna with 15 pts. Thaisa also deserved to be mentioned because she noted 10 points.

On the side of São José, Edna was the highlight, with nine points.

CL M: Can you be more reckless while rival is serving? Zhekov, move your head! (VIDEO)