The fact of playing against noisy crowd wasn’t a problem for Sesi-SP. 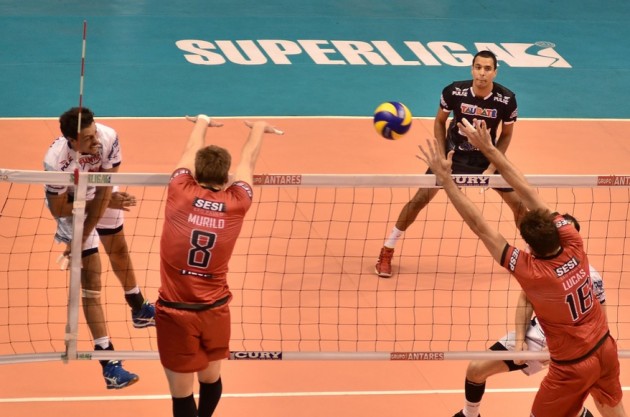 If Sesi repeats victory in the duel scheduled for March 31, it will reach the finals for the second consecutive season. Recall, last year, the team from São Paulo was defeated by Sada Cruzeiro Vôlei.

Since Cruzeiro previously won the first game of its semi-final clash, it is also just another triumph away from the last stage of the fight for the title.

Sesi had unstoppable pair of middle blockers – Riad and Lucão. Together they scored 38 points, 19 each.

Both had more points than Taubaté’s opposite Lorena (18 pts.) who had a disagreement with his teammate Lipe in the first set after which Lorena was sent on the bench.