Each side has their story. That’s the case in a dispute between the player Riad Ribeiro and his former team, Funvic Taubaté. 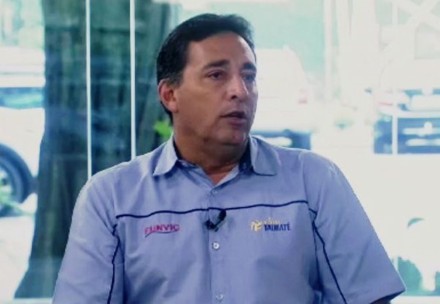 The Brazilian Riad is furious with Taubaté because he considers that they let him go in an unsportsmanlike way and he was supported by his manager. The club has own opinion on this matter expressed by technical supervisor Ricardo Navajas.

“He (Riad) speaks what he wants. The club gave all the options to the player, he did not accept them and preferred to give priority the National Team. So, I gave up and took care of Taubaté’s interests. Riad was playing with serious problem in the patellar tendon of his right knee. I asked him to consult with our trusted doctor (club’s doctor). Riad refused, saying he did not need him and made it clear that it could make him a problem to play for the National Team. I said that I was worried about my team and not for the National Team,” Navajas stated.

“The case ended up with surgery in October, as I knew it is going to happen, and Riad did not play anymore. He thought more on the National Team than on the club, basically that was it. After surgery he missed three months and I should pay for the mistakes of others? The guys that put the health of Riad at risk (doctors in the National Team) handed me the broken player. There is a clause in the contract on that. He can deny it, but it was signed. His manager proposed these terms and signed the contract which said that if a player sustains injury, he would not receive salary. I made a proposal that he will receive salaries when returns to play, but he refused,” Taubaté’s technical supervisor emphasized.