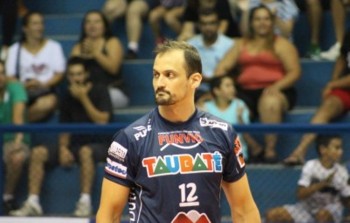 After two years spent in Funvic Taubate, Felipe Fonteles will have to search for a new club. The reason is that the two sides could not reach an agreement on contract extension.

Funvic Taubate announced that they had to cut their overall budget by 10-15%, while Fonteles did not accept to reduce his salary, so he became a free player. The club added that they will look for a foreign player to replace Felipe.

Head coach Cezar Douglas will also stay in the club.

TUR W: VakifBank and Fenerbahce in pursuit for Thaisa?!

FIVB defends Graca – “He denied any...