BRA M: Ze Roberto about Thaisa – “She is frustrated for not being able to help more…” 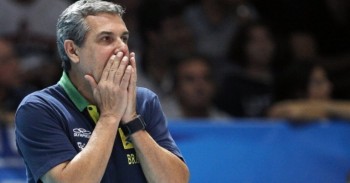 Ze Roberto is ready to forgive Thaisa Daher. Recall that Brazilian middle blocker stated in one interview for the Brazilian media that she could have played more at the Olympic tournament and that she will not return to the national team if “something does not change”.

In other words – if Ze Roberto does not leave from the position of head coach.

However, Ze Roberto extended his contract with the Brazilian Volleyball Federation and he will be at the helm of the women’s national team in the next 4 years. Will he have Thaisa in the roster… Maybe.

“I do not know what Thaisa meant by saying all of that. There will be change in the national team – We will work more. That’s what will happen. The doors of the national team are open for her. I think she is just frustrated for not being able to help the team more at the Olympics. She was exceptional during the Grand Prix, unfortunately that injury prevented her of giving more at the Olympics.”

SUPERCOPPA LIVE from Modena: What a set by Luciano De Cecco! (VIDEO)

SUPERCOPPA LIVE from Modena: Brutal warm up spikes of Ngapeth and Vettori (VIDEO)

Transfer bomb on the horizon – Tifanny,...