WoV in Manila: PSL-F2 fans created amazing atmosphere, but Rexona were too strong

In front of several thousand people in Mall of Asia Arena, PSL-F2 Logistics Manila wrote history by playing their first ever match at the FIVB Women’s Club World Championship. However, not even the fans and the amazing atmosphere could help the hosts in the battle against mighty Rexona Sesc. 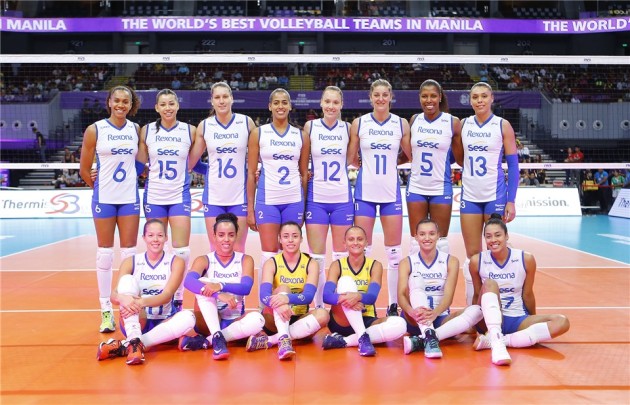 The opening set was kind of half-close, as PSL-F2 were keeping the step with Rexona Sesc until 10:9. However, then the Brazilian powerhouse increased the pace and easily clinched the set by 25:15.

In the 2nd set, Rexona Ades made it clear from the start that they would not allow any drama. They gained the capital lead quite early and then just perform a routine finishing.

And then came the 3rd and far the most exciting set. PSL-F2 Logistics were up ahead by 14:9, however they failed to keep the same rhythm until the end. Rexona Sesc tied the score at 16:16 and then went in front at 19:16. They’re just too good to drop that lead.

Nevertheless, the home fans knew how to celebrate every single point of their team and the crowd from Manila really passed the test in making a great volleyball atmosphere on some major tournament.

WoV in Manila: The reigning champions made a statement – Eczacibasi crushed Pomi

CWCH W: What happened to Hisamitsu setter? Two huge fails in the match vs. VakıfBank (VIDEO)