BRA M: Giba – “My words were mistranslated, I apologize to Russian players”

Brazilian superstar said that the Russian journalists mistranslated his words and that he has never said those things that made several Russian players very angry. 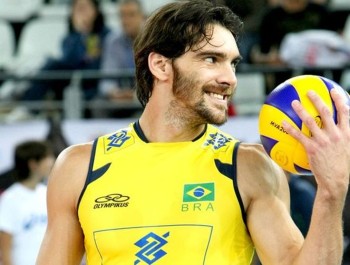 Yesterday, the whole volleyball world was talking about the interview which Giba gave for Brazilian media in which he allegedly accused 7 Russian players for using illegal drugs at the London Olympics 2012. However, the player now gave an interview for the Russian media in which he said that the Russian journalists totally mistranslated his words.

“I have personally talked with the vice-president of the Russian Volleyball Federation. He realized that my words were completely mistranslated. None of that was true. I tried to talk with the Russian players, but I could not reach them as they were all very angry after they read the news. I can understand that. It is unfortunate that the media created this conflict. In our sport we should all be united. I apologize to the Russian players, I ask forgiveness on behalf of those newspapers that mistranslated my words. President of the Russian federation called me and said – ‘Giba, I know you, this is not in your nature’. I played in Russia, I love this country, I have friends there. Do you really think that I would just accuse the players of something like that,” said Giba for Soviet Sport.

POL M: Mika will soon return on the court

RUS M: Verbov – “Giba, you are still great! I apologize my friend!”