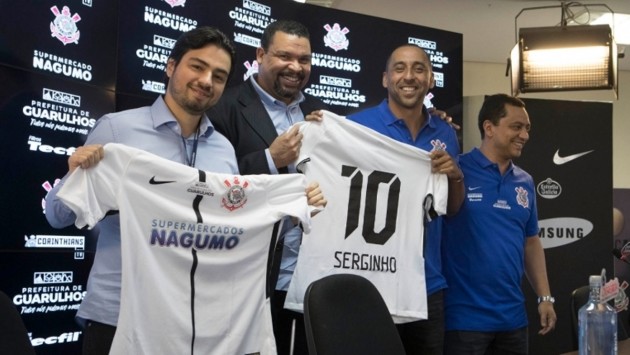 Newly formed team Corinthians-Guarulhos (Corinthians Men’s volleyball club itself was founded in 1968) has been launched at a press conference on which their first reinforcement and coach were presented as well.

One of the best-ever liberos in the world, a two-time Olympic champion Sérgio Santos ‘Serginho’, will be the captain and also the first player in Corinthians-Guarulhos roster for the 2017/2018. Thus, he confirmed the rumors of moving to the club from the city that embraced him when he was just a kid and where he began his journey towards becoming professional athlete.

The first coach in the history of Corinthians-Guarulhos will be Alexandre Stanzioni, Brazilian Superliga runner-up with Vôlei Brasil Kirin/Campinas, two seasons ago.

The newly formed club will be solely financed by the private sector and will next season compete in the São Paulo Cup, Paulista Championship and Gold Cup, which takes place in August and rewards the champions with a place in the 2017/18 Superliga.