A death of a prominent Brazilian coach Paulo Roberto de Freitas, also known as Bebeto, struck the volleyball world like a lightning.

One-time Olympic Games silver medalist with Brazil men’s national team and one-time world champion with Italy men’s national team as a coach, Bebeto, died of a heart attack at the age of 68. This shocked the volleyball world and all players and coaches with whom he cooperated during his more than a successful career expressed their deepest condolences via social networks, many of them sharing mutual photos with him. 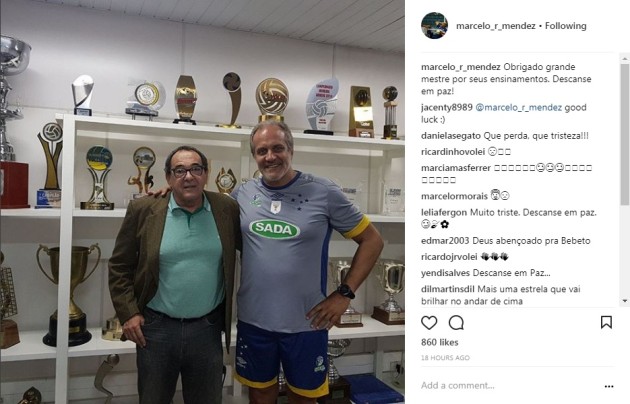 Marcelo Méndez, the coach of Sada Cruzeiro: „Thank you, great teacher, for your teachings. Rest in peace!” 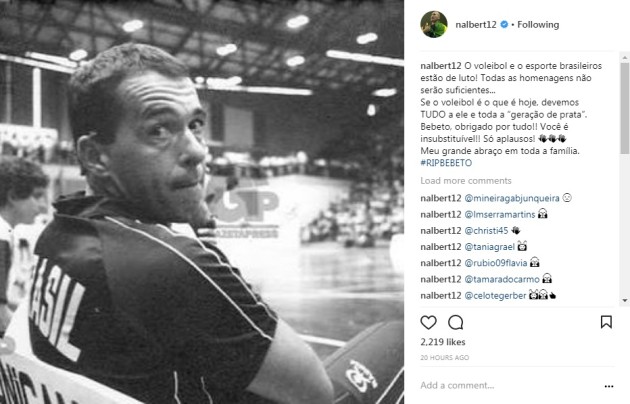 Nalbert Betancourt, former Brazil national team outside hitter: „Brazilian volleyball and sport are in mourning! All tributes will not be enough… For having volleyball the as it is today, we owe everything to him and the ’silver generation’. Bebeto, thanks for everything! You are irreplaceable! Just applause! My big hug for the whole family.“ 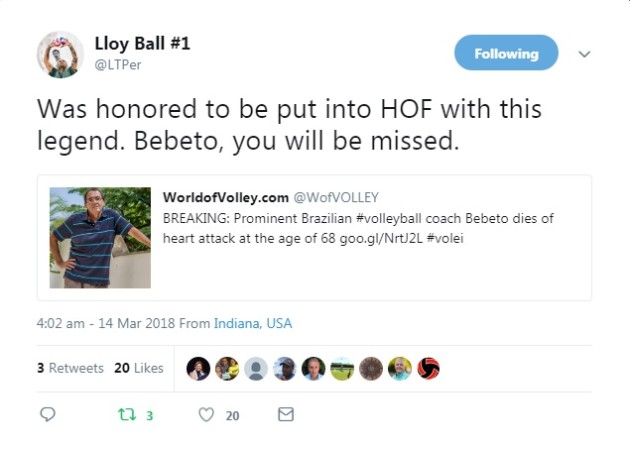 Lloy Ball, former U.S. national team setter: „Was honored to be put into HOF (International Hall of Fame) with this legend. Bebeto, you will be missed.“ 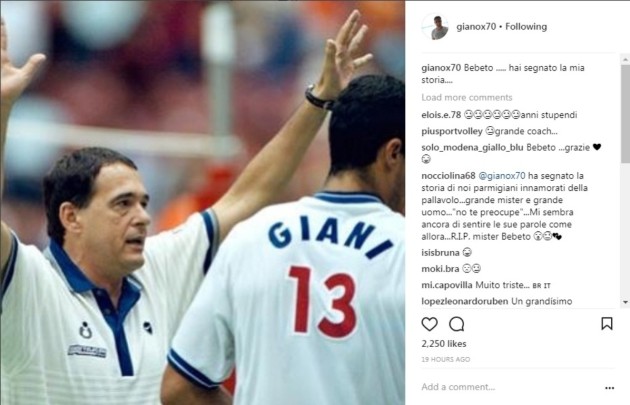 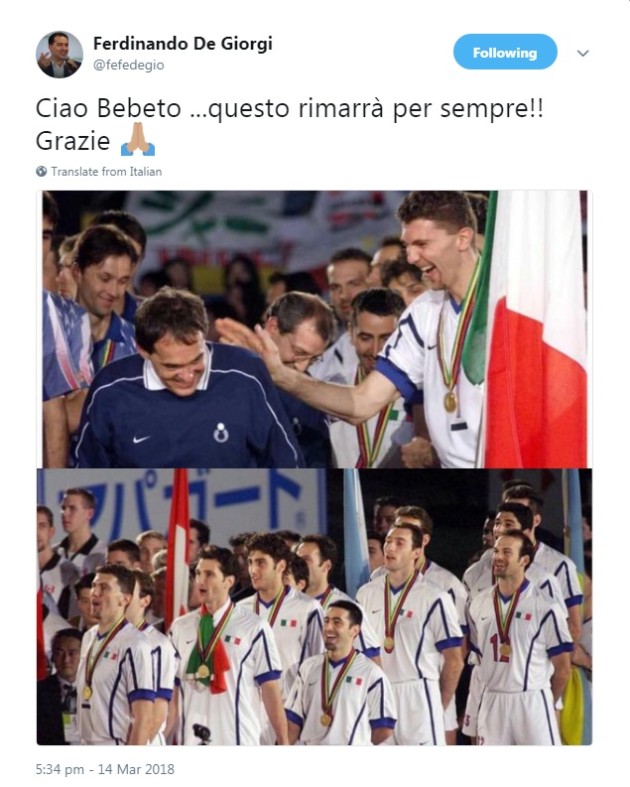 Of course, his native volleyball federation and International Volleyball Federation mourn his death as well.

The Brazilian Volleyball Confederation: „We grieve. The Brazilian Volleyball Confederation (CBV) mourns the death of Bebeto de Freitas and expresses its gratitude to all this icon made for the volleyball and the entire sport. The loss is enormous, so is the pain at this moment, but we have an obligation to continue the entire legacy left by Bebeto de Freitas.“

The International Volleyball Federation: „FIVB sends our condolences to the family and friends of Brazil’s legendary coach and player, Bebeto de Freitas, who has passed away.“

The VB world has lost a special man and a special leader. Bebeto played, coached and led the sport with a passion and energy that was matched by very few. He competed successfully at the highest level over many years and he was always true to the sport and the values of the sport. It was a great pleasure to spend some days together last year in the USA. I am so sad my friend has left us, but his legacy will survive. He showed us what doing things the ‘RIGHT WAY’ means. A HALL OF FAMER in every sense of the word. RIP, you will be missed. Sadly with great respect, Doug Beal