The Brazilian men’s volleyball championship Superliga titleholders Sada Cruzeiro issued another note in regard to the ongoing situation with their player Robertlandy Simón. 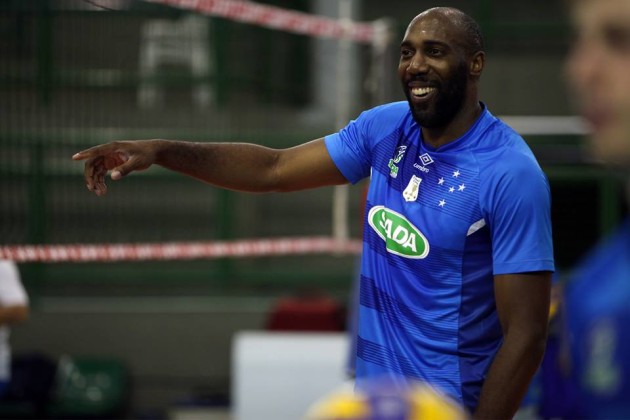 Before getting to the point of the note, Cruzeiro reminded their fans that Simón was their wish a few years ago but they waited for him to fulfill his contractual obligations, first with Italian Wixo LPR Piacenza and then in Korea. So, when he finally signed with Cruzeiro in 2016, it was for three years, until May 31, 2019.

„We understand that the athlete goes through a personal moment of uncertainty. When the season ended, Simón asked the club at the last meeting with the leadership to help him get the Brazilian citizenship since soon he will have a daughter with a Brazilian wife. The club has volunteered to help him and the request is in the process,“ Cruzeiro published.

Five-time Superliga defending champions claim that Simón gave no hint to the club leadership on leaving Cruzeiro, let alone moving to another country, during the season.

„He recently approached the club leadership saying he would like to terminate the contract in order to move to Italy. For Sada Cruzeiro it was a very hard blow because the international market is already completed with big signings and it would be very difficult to replace him with another player on time. Simón is a very important player for Sada Cruzeiro and a centerpiece in our planning, with a contract ending on May 31, 2019. And due to the performance of the last season, Simón was offered a significant salary increase in the form of a bonus,“ Cruzeiro wrote.

The club based in Contagem, Minas Gerais, pointed Simón out that there is a penalty involved in case of a premature contract termination. Cruzeiro even tried to reach Cucine Lube Civitanova because the Italian club „harassed the player“ but failed to do so because SuperLega side did not answer to their messages.

„As a result, the club legal staff began to take care of the matter, including notifying the FIVB about the events, about the contract and its termination clauses,“ Cruzeiro added to their note and stressed that they did not receive any official position of Simón after sending him messages.

„Lube told Italian media that they do not have enough resources to pay the termination of the contract and that the matter is left to the athlete to settle with Sada Cruzeiro. However, so far the club has not had any official position of the athlete in writing or in response to the messages sent to him to explain these claims. Sada Cruzeiro officially started their activities on Wednesday, July 4, and the player has not yet appeared on the training,“ Superliga powerhouse concluded.

This is the first note that Cruzeiro issued in regard to a possible transfer of Simón to Lube.

FIVB needs to be very careful here. Lots of implications for the future. This could set a very bad precedent.

I am not sure what is to debate here, there is the valid contract in place that has to be respected.

Or buy-out to be payed?