CL M: Nightmare continues for Perugia, Zenit Kazan knock them out for the third time in a row!

Zenit Kazan have confirmed the place in the Super Final of the CEV Champions League and it's going to be their fifth final in a row. 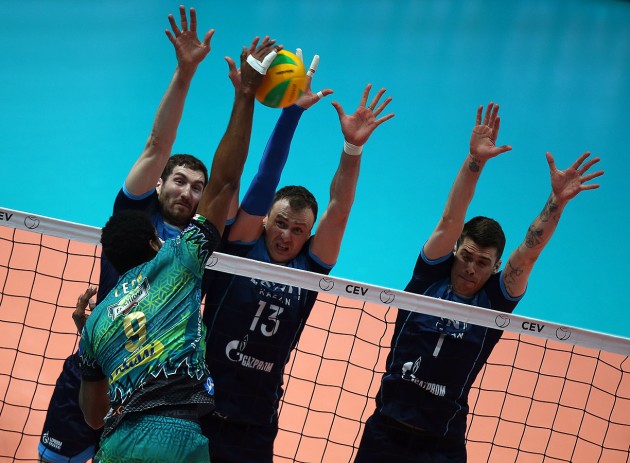 The reigning champions will also have a chance to win the fifth consecutive trophy.

Well, for this game, Perugia had a much better opening, taking the first set 25-22. It was a sign for the home team that they have to wake up.

In the continuation of the game, we saw an amazing battle between these two sides. Fortunately for the home fans, Zeni Kazan won the next three sets with two points of difference each for a huge celebration of the crowd.

This is another blow for Perugia since they’ve been knocked out from the Champions League for the third time in a row after a game against the team from Kazan. Even signing the most dangerous player from Zenit Kazan didn’t help.

Maxim Mikhailov was the best scorer in the home team with 17 points, while Earvin Ngapeth added 14 and Matt Anderson 13. Artem Volvich ended the game with the perfect attacking percentage – 7/7.

Aleksandar Atanasijevic had 24 on the other side, Wilfredo Leon ended the game with 18.

Adenízia ends international career: “It hurts to make this decision but that day arrives for every athlete”

Playing on the road Perugia HAD to get Zenit in distress on serve receive and just couldn’t get it going there today. Perugia is just missing that 3rd offensive weapon. Zenit went after Perugia’s middles again Volvich was a perfect 7/7 and Samokylenko was 5/6 in attacking!

Long plan ride back to Perugia who have a hungry Monza team waiting. Whew

Congrats to the Champs

Lanza will leave Peruga after this season! Let Oleg Antonov come for him.

Re: @Fan Volleyball
Perugia has to have a Italian OH , thats why they switched Lanza and Russell. They have the too many foreigners syndrome.
The Perugia middles and Lanza are the weaknesses but had Perugia served more aces and put Zenit out of system they would have won.
Perugia had better be ready this weekend

Re: @Suisse
Yes, thats true but actually Antonov has Italian citizenship. I dont know if hes the right choice for Perugia. But if they pick him, there will be no problem with too many foreigners as you said.

You could argue about Podraščanin in yesterday’s game, but not in general. He’s one of the best middle blockers of the Superlega. A lot of people argued against renewing his contract last year becase it would’t allow us to keep Russell, and they have a point, but I still love watching him play week after week.
Perugia made too many mistakes, Kazan are still the strongest team.