CEV CUP M: Galatasaray and Ajaccio in quarterfinals after walking on edge of abyss

Galatasaray HDI İstanbul and GFC Ajaccio were nearly shocked in rematches of the 1/8 finals of the 2020 CEV Men’s Volleyball Cup. 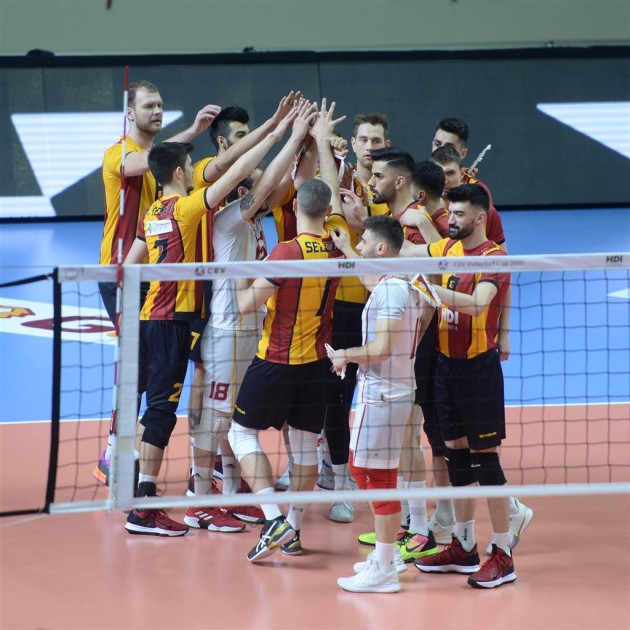 Turkish Galatasaray HDI İstanbul had everything in their hands prior to the 2nd leg of the 1/8 finals of the 2020 CEV Cup against the Romanian side C.S. Municipal Arcada Galați. “Galata“ needed to take only 2 sets on the road but their rivals were eager to give hope to the fans and gained a 2-0 lead in sets. Winning one more set at that moment, or at 2-1, would guarantee them a Golden Set. But, the Turkish team got a grip and tied the match at 2-2, which was quite enough for securing a place in the quarterfinals. Arcada prevailed in the tie-break but it was in vain. The Dutchman Niels Klapwijk led the winning side with 27 points. Estonian Oliver Venno tallied 20 points for Galatasaray, including 5 aces.

GFC Ajaccio from France walked on edge of the abyss in the rematch against Bosnian Mladost Brčko. Just as Galatasaray, they needed to take 2 sets to advance to the next stage knowing they won the first leg by a 3-1. The underdogs from Bosnia and Herzegovina pushed Ajaccio to the limits, reached a 2-0 lead in sets but that’s when they lost momentum. More experienced Ajaccio, who compete in a much stronger national championship, tied at 2-2 before giving a chance to backups in the tie-break which they ultimately lost. 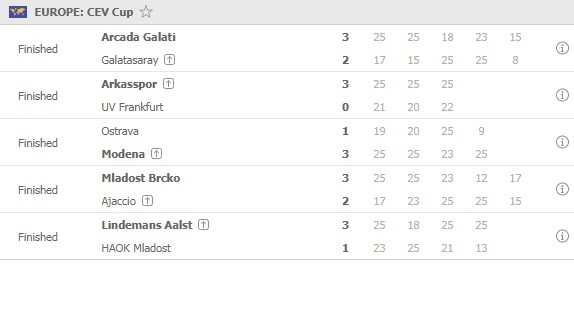