After tonight, two of three clubs that secured spots in the 2021 CEV Women’s Volleyball Champions League pool stage through qualifications are known. 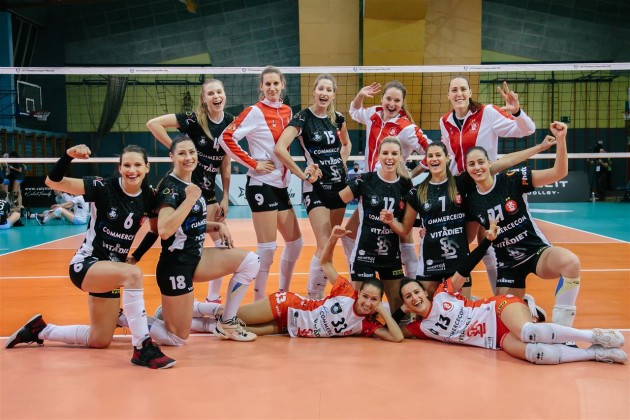 Poland’s ŁKS Commercecon Łódź joined Italy’s Savino Del Bene Scandicci, who earlier secured a spot in the pool stage (4th Round) of the 2021 women’s Champions League. ŁKS won the away game, which was the rematch of the 2nd Round, against Slovenia’s Calcit Volley Kamnik by a 3-1 (25-22, 25-22, 17-25, 25-17) and sealed the promotion to the main stage of the competition.

The TAURON Liga members already did the entire job after claiming the first two sets, given they won the first leg by a 3-0 but didn’t want to miss the opportunity to complete a clean sweep of a face-off. Katarzyna Zaroślińska-Król was ŁKS’ most prolific player with 19 points, while Joanna Pacak made 4 blocks.

The match between Germany’s Allianz MTV Stuttgart and Russia’s Dinamo Moscow was rescheduled for October 22 as the European Volleyball Confederation has finally reached the decision on the neutral ground due to the fact both teams reported unavailability to travel to the country of their rivals – it will be played in Winterthur, Switzerland.

However, it’s doubtful if the encounter will be played on the set date given that Stuttgart announced having several players with coronavirus and went into the isolation.

ITA M: Lube down Piacenza in 4 sets to reach 5-0, just like Perugia, Vibo record 3rd win in a row