ITA M: Lube down Piacenza in 4 sets to reach 5-0, just like Perugia, Vibo record 3rd win in a row 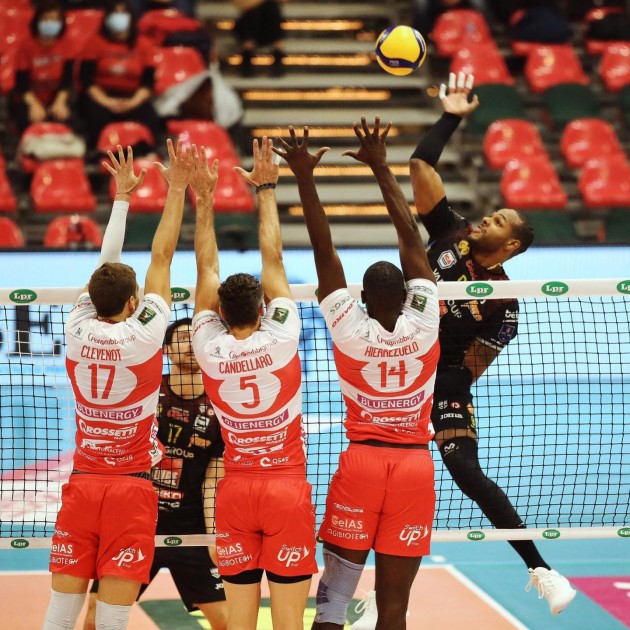 Cucine Lube Civitanova downed the home side of Gas Sales Bluenergy Piacenza in four sets, partially 31-29, 25-21, 20-25, and 25-23, and collected the fifth victory in as many games of the 2020/21 SuperLega Credem Banca regular season.

Lorenzo Bernardi’s team had to deal with the club world champions without German star Georg Grozer, who had a knee bandage and remained on the bench throughout the entire match. Luxembourger Kamil Rychlicki led five players of Lube with double digits in scoring (19 points), while Cuban Robertlandy Simón had 5 blocks. 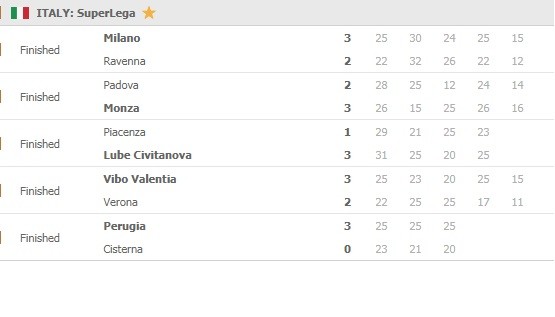