Zenit Saint Petersburg issued a statement regarding the incident at the end of the rematch of the 2021 Men’s Volleyball CEV Cup final. 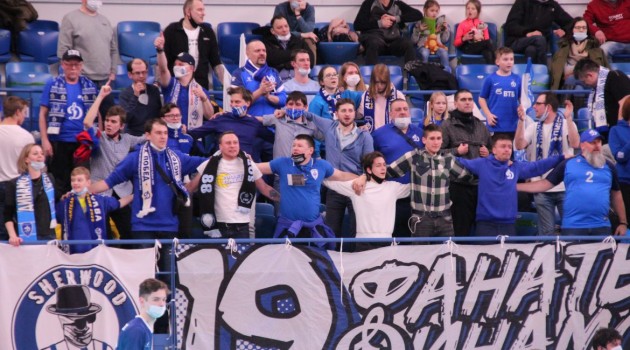 During the awarding ceremony of the 2021 Men’s CEV Cup at Sibur Arena in Saint Petersburg, an incident occurred between the fan of Dinamo Moscow and the services responsible for ensuring law and order at the match, provided by the match hosts Zenit. Dinamo’s version was that unnecessary physical measures were used against their fan, who entered the court to celebrate the win with the players. Zenit’s version, however, differs from Dinamo’s.

The Saint Petersburg side claimed that this fan provoked stewards and repeatedly used obscene language against them throughout the match. Then, he entered the so-called ‘clean zone’, the part around the court established for the prevention of the spread of coronavirus infection and where only a strictly limited circle of people is allowed to enter.

Zenit stressed that this guy (Dmitriy S, known in the media as ‘Dima Chelsea’) is actually more than a fan of Dinamo. Apart from leading and organizing an active Dinamo fan group, and not only for volleyball, for many years, he’s also a Dinamo employee and he was at the fan stand with club accreditation. When he went down on the court, Dmitriy initiated a fight with one of the guards, whom he injured, which is confirmed by official documents, and the clothes were torn off him. As for Dinamo’s accusation that the fan received medical attention only after 20 minutes, Zenit denied it, saying that it was provided to him in a timely manner, right after he demanded it.

Zenit reminded Dinamo that, throughout the first match, the Dinamo fan sector chanted obscene chants towards their players and showed obscene gestures, including showing the middle finger.